Once a Buff, Always a Buff 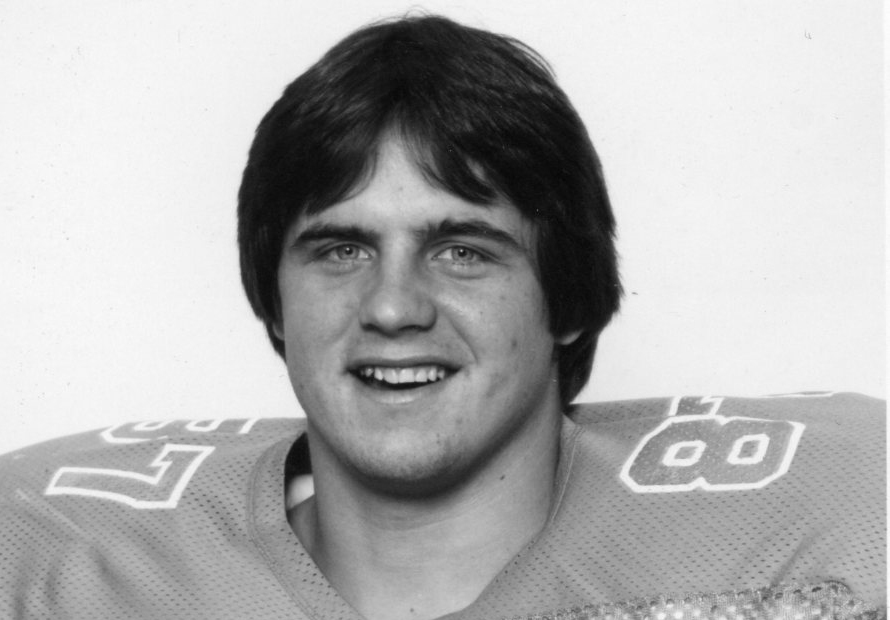 “Family is not an important thing. It’s everything.”

Every year, the Colorado Buffaloes family grows in numbers — and every year, Buffs4Life, a non-profit group dedicated to lending assistance to Buffs in need, extends a helping hand to members of that family.

It’s what families do. Started in 2005 to help the family of Anthony Weatherspoon, a CU football player from the 1980s, Buffs4Life has blossomed into an increasingly active and growing group of Buffs alums who don’t believe anyone is a “former” Buff.

Rather, it is membership for life, and the number of people lending a hand — and the number of Buffs receiving help — continues to grow each year as they stress the importance of the Colorado Buffaloes family.

This year, two Buffs are the major beneficiaries of the Buffs4Life program.

One is former CU tight end Dave Hestera, who recently received a stem cell treatment in Arizona in his battle against Parkinson’s disease and chronic low back degeneration.

The second is former Ralphie handler and long-time Ralphie handler coach and program administrator Ben Frei, who has been stricken with Ataxia, a brutal neurological disorder.

“It’s kind of funny — I’d heard about the organization for years and I kept thinking I needed to get involved,” said Hestera, who once served as the CU football team’s chiropractor after his playing days. “Well, now I’m involved. They’ve been amazing. I can’t tell you how much we appreciate all their help. If it hadn’t been for Buffs4Life, I’m not sure I would have been able to get the stem cell treatment.”

Frei will see Buffs4Life donate the proceeds from this year’s June 25 Kyle MacIntosh Memorial 5K Fun Run to the National Ataxia Foundation, a group dedicated to helping find a cure for the disease. This year’s donation will help fund efforts in developing a breakthrough drug that officials hope can slow the disease’s progression.

“It’s an honor,” said Frei, who served as a coach and administrator of the Ralphie program after working as a handler from 1997-2001. “I’m excited about it because someday they’ll have a cure for it and maybe I got to have a little role in helping make that happen. What you realize is that being a Buff is being part of a lifetime family. The bonds that you build from being part of the CU program create relationships that last throughout your life.”

For Hestera, the financial assistance comes at a time when he and his wife are in need. Hestera was diagnosed with Parkinson’s about three years ago, and the disease forced him to sell his business and ultimately go on disability.

“It was devastating,” Hestera said. “My wife and I have always been extremely active. We lived in Europe for several years and we hiked every other weekend, up to glaciers, everywhere. We kept it up when we came back to the states, and when this started happening it was terrible. I’m fatigued all the time and sometimes it’s all I can do to walk because the pain is so great.”

In his research on Parkinson’s and degenerative back issues, Hestera ran across some information on stem cell treatments that were having some success in some instances. He did more research, but found that the treatments were expensive — and his insurance would not cover the cost.

“Truth is, our financial situation was a little tight,” Hestera said. “I was talking to Steve Beck (who also played in the 1980s) and I finally asked him if he thought Buffs4Life might be able to help. He said, ‘Let’s submit it and see what they say.’ They submitted it to the board and they ended up saying they would take care of the cost of the treatment down in Arizona. That was huge. We’re in a little of a financial bind because of me not being able to work, and this has been a huge help.”

The stem cell treatments often take months to have an effect — and some patients don’t see any improvement. Others, Hestera said, see outstanding results.

“We’ll wait and see,” he said. “I’m definitely hoping for a good outcome.”

Frei was diagnosed with Ataxia — which currently has no cure — in 2014.

“It’s a neurological disease that basically kills the nerve cells so the nerve impulses can’t get to the body,” he said. “I have a difficult time running or jogging and my balance is greatly affected. For someone who ran with Ralphie, it’s been difficult to have it happen.”

Two other Buffs, Sean Tufts and Orly Ripmaster-Tufts (Sean played football at CU and was also a Ralphie handler; Orly was a standout soccer player), suggested to Frei that they make the Ataxia Foundation the recipient of this year’s Kyle MacIntosh Fun Run proceeds. They submitted the proposal to Buffs4Life and it was approved.

“It’s just an awesome organization,” Frei said. “I’d encourage anyone who’s been involved with CU to get involved with Buffs4Life because they help so many different people every year.”

Hestera, meanwhile, is already seeing friends begin the process of “paying it forward.”

“Someone I went to high school with saw on the (Buffs4Life) website that I was a recipient of some help,” Hestera said. “She sent it to a mutual friend and that day he called three other people and they signed up to play golf at the tournament. It’s $1,200 for a foursome. Then another good friend of mine bought one, then his friend said he wanted to buy one and another friend who couldn’t play in the tournament donated some money. It’s been really cool — they’re kind of paying it forward and getting ready to help the next person.”

That is, of course, what families do — and it’s what Buffs4Life will continue to do as its family continues to grow.

This year’s Buffs4Life events will be held June 25-26 at the Omni Interlocken in Broomfield. Events will include a family barbecue and silent auction June 25, the fifth annual Kyle MacIntosh Memorial Fun Run and the June 26 Buffs4Life Golf Tournament.

Registration for all the events is still open.