In 2005, a group of former Buffs, who were an integral part of the turnaround in CU’s football fortunes in the mid 1980’s, became aware that one of their teammates, Anthony Weatherspoon (Spoon), had been diagnosed with leukemia. His prognosis was bleak and the gravity of the illness hit his family hard in many aspects, including financially. As the burden of medical costs overwhelmed his family, his friends and teammates wanted to help.

The idea of establishing an organization predicated on Buffs helping CU student athletes and alumni was born. Buffs4Life helps with medical bills, provides mental health support resources and hosts events to raise money to ensure they can keep helping members of the Buffs family when they need it. Spoon’s reputation as being a hardnosed and powerful fullback is synonymous with CU’s return to greatness, but his influence off the field is his greatest legacy. Even though Spoon lost his battle to leukemia later that year, his spirit lives on in the CU Football family. The Buffs4Life Foundation is ready to help CU Boulder student athletes and alumni who have worn the Black in Gold in times of need, whether that means help with medical bills or access to mental health resources. 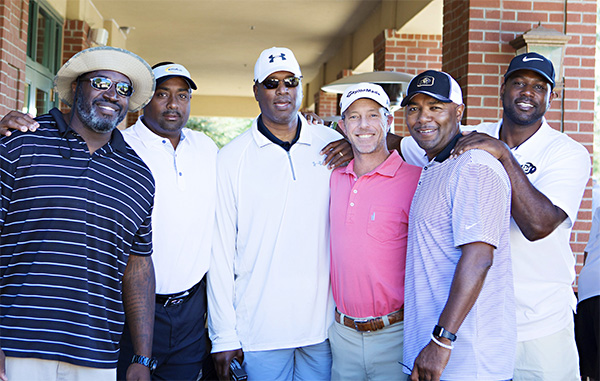 You are a Buff 4 Life and not just for the four years you wore the uniform. It is a great honor for all our board members and for those who participate in our cause to be a part of something that brings our community, the University of Colorado, and the Buff family closer together.

We will continue to support and reach out to other Buffs in their time of need, through help with medical bills for CU student athletes and alumni or access to mental health support resources. We will be committed to supporting them shoulder-to-shoulder through their struggles. Thank you again for your support!